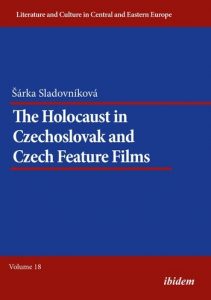 Anotace: Šárka Sladovníková analyzes the depiction of the Holocaust in Czechoslovak and Czech feature films and the relevant literary pretexts. While she charts the social and cultural framework in which the films were made and how this framework changed, she also focuses on the cinematic language, the composition of and narration in each film (e.g., the depiction of the war and the Shoah as a narratively closed versus a narratively open event), genre aspects of the films (e.g., the use of comedy and humor), and convention and innovation in presenting motifs and characters (the division of gender roles, the character of the “good German”). Particular attention is paid to the portrayal of stereotypes and countertypes in the films, where already well-known images, situations, and backdrops are repeated and which meet viewers’ expectations or, in contrast, which form countertypes and countersituations that go against the grain. Many of the films analyzed are adaptations of literary works. Therefore, this book is also a contribution to the rapidly developing field of adaptation studies.